During what has been a difficult time for charities and businesses alike, Salcombe Co-op and its employees were enthusiastic in raising funds in support of Salcombe Lifeboats.

Team leader Tracy Darch, whose son is a crew member at RNLI Dartmouth, organised a staff raffle for a hamper of goodies and raised £105.  A further £200 was donated from the Co-op Corporate Giving programme, which supports local charities.

Andrew Arthur, Lifeboat Operation Manager for Salcombe RNLI, said “I would like to thank both the staff and management of the Co-op in Salcombe for their support”. 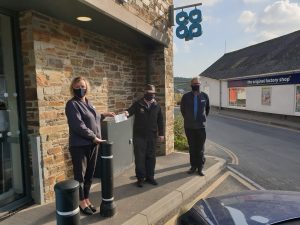 The Coxswain and crew of the Salcombe Lifeboats would like to send a big thank you to six-year-old Isabella Multon from Pangbourne.

During a recent holiday stay in Salcombe Isabella spent a weekend drawing a selection of pictures and then selling them on the quay side. In doing so her efforts raised more than £27 which she then donated to the Salcombe Lifeboats!

Amazing effort Isabella, thank you and when you are next in Salcombe and rules permit please call into the lifeboat shop/museum and introduce yourself, there will be a warm welcome for you. 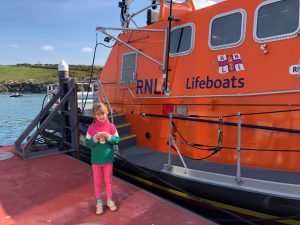 The Salcombe Lifeboat Fundraisers AGM will be an abbreviated version of the usual meeting, due to the COVID-19 pandemic.

The meeting will be held on Thursday, 29th April at 3 p.m. via Zoom.